Learn about our top 5 achievements in our Impact Report! 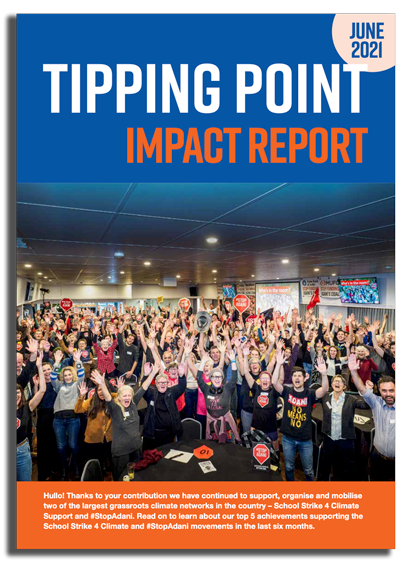 Tipping Point supports Australia's two largest, most recognisable, and inspiring grassroots climate networks - School Strike 4 Climate (the students who are striking for the climate) and #StopAdani.

Your donation will support the grassroots to achieve BIG goals:

At Tipping Point, we deliberately work behind the scenes so we can push grassroots movements to the front. This means we rely on a small handful of people like you, who know and recognise the critical role we play in the Australian climate movement, to back us in.

We need to raise a further $40,000 by the end of June to reach our annual fundraising goal, which will enable us to keep all of our amazing team working to support grassroots movements. Will you chip in to help us reach our goal?